Originally from California, she grew up in the Sacramento area. She has an older brother named Nano. Avid social media user who established her largest fan base on the app musical.ly, where she has more than 2.9 million fans. She is also popular on Instagram, a content creator on YouTube, and a live broadcaster on YouNow. She is best friends with Danielle Renaee and Jess DiTirro.

She has several tattoos, and got her very first one on her rib cage. She signed up for Twitter in April of 2009, and wrote a first tweet that read "Text my friend." She created her makeup, fashion, and challenge YouTube channel in August of 2010 with a username of SkylarLovesMakeup.

All social media is skyeraae 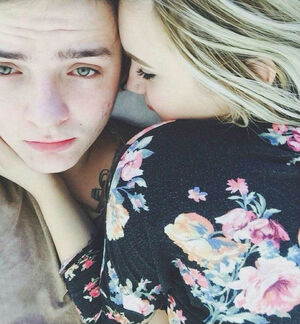 Retrieved from "https://5quad.fandom.com/wiki/Skye_Raae?oldid=709"
Community content is available under CC-BY-SA unless otherwise noted.