Social media personality whose daily broadcasts have earned her upwards of 45,000 fans and growing on the app Live.me. She grew up playing soccer from the age of three and moved to California to follow her dreams in July of 2008. She's also an avid singer who's been active on the lip-syncing app tiktok.

Family Life She was born and raised in Fjärås, Sweden the eldest of three siblings.

All social media is magdalenabarnett 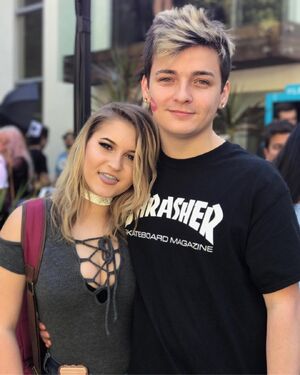 Retrieved from "https://5quad.fandom.com/wiki/Magdalena_Barnett?oldid=705"
Community content is available under CC-BY-SA unless otherwise noted.