Maddie Welborn was born in Aledo, TX. She later moved to San Antonio, TX, and has now relocated to Los Angeles, CA. She is extremely popular social media star and has toured with Digi and now TLG. She is good friends with Nick Bean and Zach Clayton.

All social media is @maddiewelborn 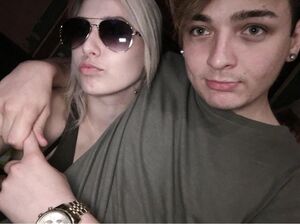 Retrieved from "https://5quad.fandom.com/wiki/Maddie_Welborn?oldid=712"
Community content is available under CC-BY-SA unless otherwise noted.