Edit
watch 01:36
We're Getting Mutants in the MCU - The Loop
Do you like this video?
Play Sound

Online social media personality who is known for her presence on various platforms. She is particularly known for her Tiktok account, where she is known to post lip syncs across a wide variety of genres. She began her Instagram account in June 2013. She posted her first photo during that same month. She has earned more than 380,000 followers on TikTok. In 2015, she began exploring modeling as a profession

All social media is brittanienash 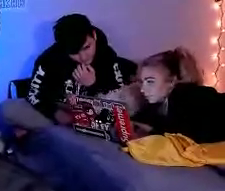